High and Dry is a 2D survival management game based in a unique setting, a flooded city building. You will be in control of 5 characters that you will use to respond to life threatening situations as the hours tick over from the original disaster. Your goal is to keep these characters alive until they can get rescued, when ever that may be........

RMB - Move and Interact with Character

Scroll Wheel - Zoom in and Out

- Characters now use the stairs to navigate to different floors

- Added Glow to the Interactables

- Can now extinguish rooms on fire

- Some bugs were squashed in the main scene

- Fixed Characters repairing rooms from across the map

- The particle fire effect to the sprite fire

- New Actions Heal Self and Use Scrap to the Action Menu

- 1 Action Button to say Heal Other (was just Heal)

- The resource box to show better what each section represents

- Action result text (gives feedback to show what has happened to the character if they have eaten, drunk, used medicine and used scrap)

- Each character now has a death sprite

- Resource box now disables self when end day is shown

- Day/Hour counter showed at the beginning of each turn is now fixed, now displays time until rescue

- Fixed character pathfinding for when other characters died

- The disproportionate background for a New animated Background

- Changed the background to the main menu

can you add a way so you can do it without scrolling? Like add a zoom out button or like a shortcut on the keyboard. 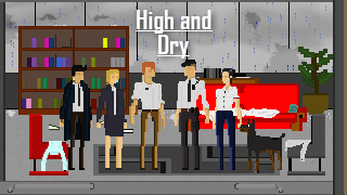 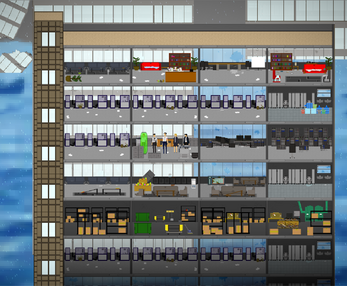